Networks To Announce Fall Line-Ups, Will 'CSI:NY,' 'Touch' and 'Go On' Survive?

Networks are almost ready to announce their fall lineups, but will big hitters like 'Touch' survive? 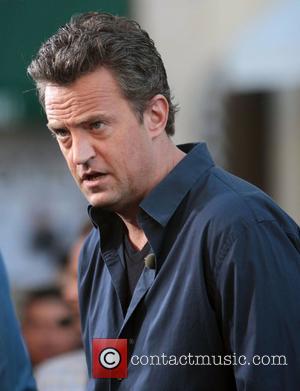 Crime drama CSI NY, Matthew Perry's 'Go On' and Fox's 'Touch,' starring Kiefer Sutherland are amongst the television shows in danger of being cancelled when the networks announce their fall line-ups in the coming weeks. The clock is very much ticking, and it's getting louder with every passing second.

It's a familiar Hollywood plot, with actors, producers, writers and directors waiting nervously to hear whether their shows have made it onto the fall line-ups. If the ratings are not there, the show disappears. Simple. NBC unveils its plans on Sunday May 12, while Fox announce on Monday, ABC Tuesday and CBS on Wednesday. CW fans have to wait until Thursday for that announcement.

As reported by the Plain Dealer, we already know that Animal Practice, Made in Jersey, Last Resort and The Mob Doctor are getting in, though there are several more high profile shows that are in danger of being handed a pink slip. They include the CBS crime dramas CSI:NY and Criminal Minds. Ratings suggest the latter might survive, but CSI looks to be a goner. A year ago, it was suggested that NY might get cancelled and CSI: Miami could survive though the reverse happened.

CBS also need to decide whether Rules of Engagement gets another season, and what about Community over at NBC? More high profile still is Fox's Touch, which has won acclaim from critics though struggled to pull in ratings. Matthew Perry's 'Go On' is one of several shows sitting on the fence, though we predict it could be goodbye for the former Friends actor. Kiefer Sutherland At The Fox Press Tour Last Year. Could He Be Leaving The Network?