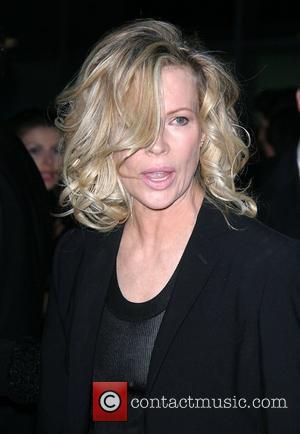 Kim Basinger almost turned down the chance to play Zac Efron's mother in CHARLIE ST. CLOUD until her starstruck teenage daughter convinced her to take on the role.
The actress admits she was unsure about whether to accept a part in the High School Musical hunk's new drama, about a young man mourning the death of his brother.
But when Basinger's daughter Ireland discovered she'd been linked to the role, she "went nuts" and urged her mum to accept the job.
She says, "When I mentioned it to my 14-year-old daughter it was the funniest thing. She went nuts. She said, 'What, not go to Vancouver and not play Zac Efron's mom?' She said, 'You're crazy!'"