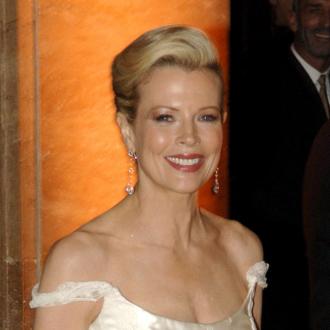 Kim Basinger is to star in 'Grudge Match'.

The Oscar-winning actress has signed a deal to appear alongside Robert De Niro and Sylvester Stallone in the Warner Bros. boxing movie.

De Niro and Stallone play retired fighters who decide to step into the ring one last time to settle an old score and Basinger will play the woman caught in the middle.

Kevin Hart will co-star as the fight promoter.

Peter Segal will direct the movie from a script by Tim Kelleher while Billy Gerber is producing with Michael Ewing and Mark Steven Johnson.

Last month, it was reported Basinger is joining the cast of upcoming movie 'The Third Person', taking on a supporting role.

The film - to be directed by Paul Haggis - will follow three relationships in three different cities, and Basinger will play the wife of Liam Neeson's character.

The 58-year-old actress appeared alongside rapper Eminem in 2002 hip-hop drama movie '8 Mile' - which also starred the late Brittany Murphy - in which she played the rapper's onscreen alcoholic mother.