The actress, who played Samantha Jones in the series, told 'Loose Women' that a third movie wasn't forthcoming.

Kim Cattrall believes that a third ‘Sex and the City’ movie would be “very difficult” to make. She was a guest on daily ITV chat show ‘Loose Women’ on Wednesday (April 15th).

Liverpool-born Cattrall, who holds dual British-Canadian citizenship, played the sex-obsessed Samantha Jones in the original HBO romantic comedy series from 1998 to 2004 and two features films in 2008 and 2010. With the other main cast members – Sarah Jessica Parker, Cynthia Nixon and Kristin Davis – busy working on other projects, it doesn’t seem likely there’ll be another film anytime soon. However, Parker revealed back in January 2014 that she would be interested in making another movie if plans were ever made for it.

More: Kim Cattrall says her ‘Sex and the City’ role has ruined her love life

When asked whether a third movie instalment was a possibility, the actress replied “I really don't know. It seems like everyone is really doing other things. It seems like it'd be very difficult to get everyone back together again. But when we do see each other, it is like no time has passed.”

58 year old Cattrall also suggested that, in many ways, her man-eater character from ‘SATC’ was still around in a very big way, in that she still gets offers to play roles that have a number of similarities with Samantha Jones.

“I was and still am [being offered similar roles],” she revealed. “That's why I love coming to England, coming home. People here see me as an actress playing a part. In America, they saw me as Samantha – they wanted me to keep playing Samantha, and I felt I'd done it as best I could.”

Last week, Cattrall told Standard Issue magazine that she believes her involvement in ‘Sex and the City’ has typecast her to the extent that it has done damage to her love life. “I haven't had a date in a long time!” she bemoaned. “Sometimes I feel that I live in this tower. So it is usually [a case of meeting men] through friends.” 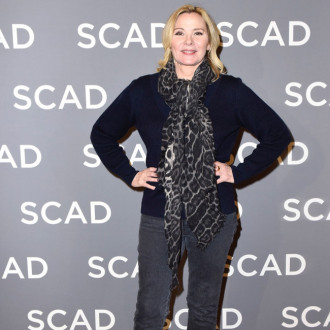