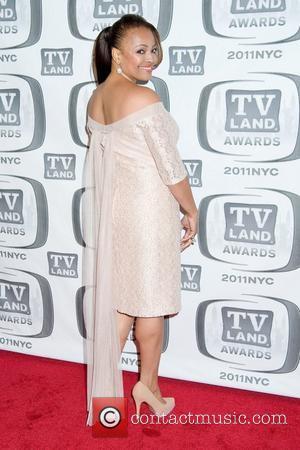 Actress Kim Fields is set to become a mum again after revealing she's pregnant during a Tv interview.

The former Facts of Life star and her husband Christopher Morgan are planning to name the child - their second son - Quincy Xavier, according to People.com.

The 44 year old broke the baby news during a recent taped appearance on talk show The Real, which will air next week (beg29Jul13). She and Morgan are already parents to six year old Sebastian Alexander.

She says, "We’re very, very blessed. It was planned. We’ve actually been trying for a couple years."

The actress also reveals she has suffered two recent miscarriages, and wasn't convinced she was pregnant when her husband insisted it was time to visit the doctor.

She adds, "For a minute I thought I was getting pre-menopausal ‘cos certain things were starting to be irregular and then other symptoms started - my memory, and I was clumsier than normal which I couldn’t even believe was possible. Then our son got sick with a stomach virus and I caught it.

"Chris said, 'No, babe, you’re a little sicker than Sebastian. You need to go and get that checked out', and I said, 'Ok'. They tested me and said, 'Oh honey, you’re not dehydrated. You’re two months pregnant.'"