Kim Kardashian's stepbrother Brody Jenner attended her ex-boyfriend REGGIE BUSH's wedding in San Diego on Saturday (12.07.14) after skipping her own nuptials to Kanye West in May. 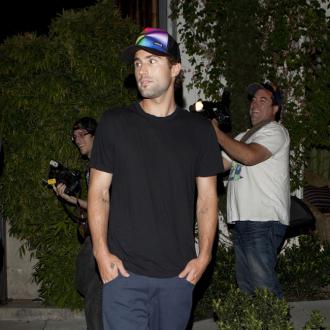 The 'Keeping Up with the Kardashians' star's step-sibling Brody Jenner, who skipped her own nuptials to Kanye West in Florence, Italy in May, was on hand to watch REGGIE BUSH marry professional dancer Lilit Avagyan at the Grand Del Mar in San Diego on Saturday (12.07.14).

The 30-year-old star was clearly thrilled to be among the NFL player's guests, as he shared a photograph of himself and girlfriend Kaitlynn Carter ahead of the ceremony on Instagram, with the caption: ''It's go time @kaitlynn_carter yewww @reggiebush (sic)''

He later posted an image of them with the newlyweds, who have 14-month-old daughter Briseis, with the caption: ''Congrats @reggiebush !!! #bushwedding (sic)''

Kim and Reggie dated for three years until 2010 and Brody formed a close bond with him afterwards.

A source previously claimed that Brody refused to attend Kim and Kanye's wedding in favour of accepting a DJ job in Chicago after they failed to invite Kaitlynn to the event.

But the former 'The Hills' star recently insisted Kim, 33, was ''fine'' about his absence.

He said: ''Realistically, I had work commitments and it was a long way away.

''We talked about it! It was very simple. After I got the invite, I said, 'Unfortunately, I won't be able to attend but I wish you the best. I love you'.