Kanye West will 'redo' White House if he becomes President

Kanye West will redecorate the White House in Washington D.C if he becomes President of the United States in 2020. 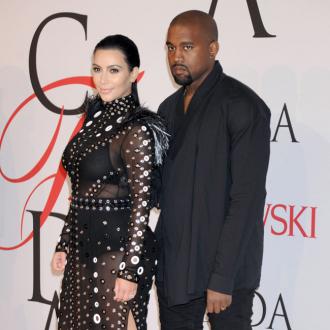 Kim Kardashian West thinks her husband Kanye West will ''redo'' the White House if he becomes President of the US.

The 34-year-old reality TV star believes her rapper spouse, 38, who joked last month he wants to run for leader of America in 2020, will completely redecorate the official residence of the President in Washington, D.C. if he gets handed the title because he's obsessed with interior design.

Speaking on the 'Ellen Degeneres Show', which will air tonight (30.09.15), she said: ''I was thinking about how much fun it would be to be in the White House.

''I was joking with him [Kanye], 'You will have to make it to a second term.' Because he loves redecorating.

The 'Keeping Up With the Kardashians' star went on to state her husband, with whom she has two-year-old daughter North and is expecting a baby son in December, never told her he was going to announce his plans to run for President at the MTV Video Music Awards on August 30.

When asked if she knew about is prepared speech, Kim said: ''I did not. That was news to me.''

Ellen hit back with surprise: ''So he never discussed with you he wanted to run for president one day?''

''I don't know if that was planned and I just didn't know about it or if he came up with that idea right then and there.''