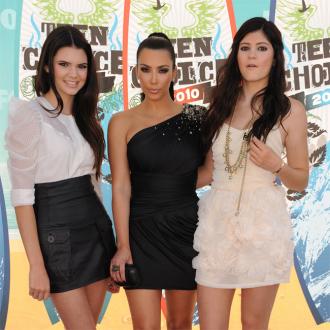 Kim Kardashian's younger half-sisters feel they missed out on a normal childhood.

Kendall and Kylie Jenner claim they don't remember what their lives were like before their family became famous on their E! reality show 'Keeping Up With The Kardashians' after Kim, 32, initially found fame via a leaked sex tape.

Teen model Kendall, 17, told the March issue of Glamour magazine: ''We appreciate everything that we have. But we don't remember what it's like to be normal kids who aren't harassed by the paparazzi. I hate that.''

Kylie, 15, also added: ''No one really knows what we are like. People read about us on Twitter, but they don't know what we do all day long. We don't really have privacy, but we have an aspect that people don't know about.''

But the sisters - whose parents are Bruce and Kris Jenner - claim they have no regrets about first appearing on TV five years ago because it has united their family.

They said: ''Our family is closer because of the show. And when we are older, we'll have the memories on tape.''

Kendall also insisted that despite living in their older half sisters' shadows, they are proud to be Jenners rather than Kardashians.

She said: ''We're full-throttle Jenners! We don't have any desire to be Kardashians.''

Kylie also revealed that her older brother Robert, 25, and brother-in-law Lamar Odom, who is married to Khloe, are very protective of them when it comes to dating.

She said: ''Rob checks on me at least three times a day. And Lamar wants to meet any guy we're talking to.''