Kim Kardashian West and her 'All Day' rapper husband Kanye West are rumoured to be planning a biopic of their lives. 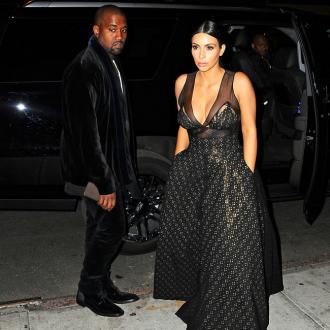 Kim Kardashian West and Kanye West want to make a movie about their lives.

The couple - who are expecting their second child, a sibling for 23-month-old daughter North - are excited about the prospect of the biopic and the 'Keeping Up With the Kardashians' star has even drawn up a shortlist of potential actresses to portray her.

A source told the Daily Star newspaper: ''Kim is fantasising about who might play her and has Sofia Vergara or Mad Men's Christina Hendricks in mind. Both girls fit the bill in the boobs and butt departments, although whoever ends up playing Kim will probably need prosthetic bum enhancements to really look the part.''

Meanwhile, Kanye is said to be keen to have 'Empire' actor Terrance Howard portray him on the big screen.

Kim's mother Kris Jenner is said to have already drafted in two highly-regarded screenwriters to pen the movie, with three studios keen to land the rights to the project.

However, a source at Universal Pictures admitted: ''I doubt we are talking about an Oscar-worthy production with high artistic merit. But with almost 45 million Twitter followers between them, they have a worldwide fan base which virtually guarantees box office success followed by strong DVD sales.''