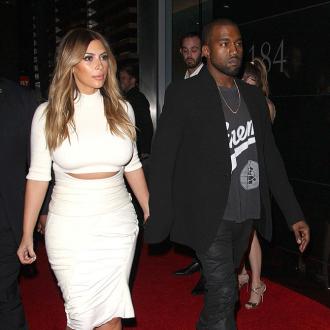 The Keeping Up With The Kardashian's star was amused by the video which re-creates her fiance Kanye's latest music video from his sixth studio album 'Yeezus', in which she is filmed straddling the rapper while they ride through the desert on a motorbike.

The brunette beauty tweeted Seth: ''You nailed it!!! Sooo funny!

Seth found Kim's passionate embrace difficult to reconstruct and was pleased that the famous couple enjoyed the video.

He replied: ''thanks! Some of those positions were really uncomfortable. That s**t is harder than it looks. (sic)''

Kim features topless in the video which shows off her stunning figure that she worked hard to regain following the birth of her daughter North West in June.