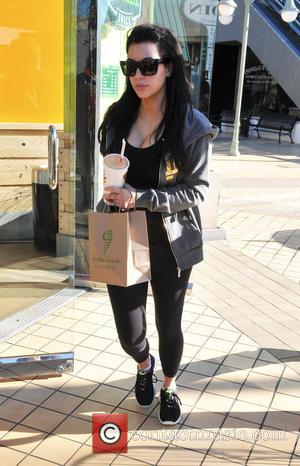 Kim Kardashian and Kanye West have somewhat surprisingly turned down a multi-million dollar tabloid deal for their baby photos. According to TMZ.com, the high profile couple - who recently announced they are expecting their first child together - rejected a $3 million offer from an overseas publication.

Sources say the couple have been flooded with lucrative deals from the major magazines eager to slap the little Kardashian baby on their front covers. People magazine, US Weekly and the like are all thought to be involved, though insiders say the couple have absolutely no plans to sell baby pictures to anyone. As public demand increases, the couple may reconsider and it certainly seems unlikely that Kim Kardashian - a woman famous for being famous - would turn down millions of dollars to appear on the cover of the world's most read magazines.

It's become the norm in Hollywood to cash in on baby photos, with Brad Pitt and Angelina Jolie reportedly taking $14 million for snaps of their twins in 2008. Jennifer Lopez and Marc Anthony accepted $6 million for their twins, while Matthew McConaughey bagged $3 million for pictures of his son. Christina Aguilera and Jessica Alba are others to have netted huge sums.

Kim and Kanye have also squashed rumors that their baby will be starring on Keeping Up With The Kardashians.