Kim Kardashian admits she did a lot of ''soul-searching'' following her split from estranged husband Kris Humphries last October. 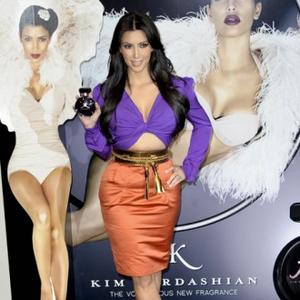 Kim Kardashian did a lot of "soul-searching" following her split from estranged husband Kris Humphries.

The reality TV star ended her 72-day marriage to the basketball player last October and she went straight to her family to get some much-needed support.

She said: "I really did some soul-searching, and I needed that. I needed to just be with the family."

Kim - who reportedly made up to $18 million for selling her rights to the wedding - also hit out at claims she only married Kris to help her career.

She told 'Live! With Kelly' host Kelly Ripa: "If you really think about it, if [the marriage] was a business decision, and I really made all that money that everyone was claiming that we made off this wedding, and if the wedding was fake and just for TV ... I'm a smart business woman. I would have stayed married longer. This was a bad business decision. If you really think about it, it doesn't make sense."

Kim - who still describes herself as a "hopeless romantic" -said she was surprised at the amount of criticism she has faced since the divorce was announced.

The 31-year-old beauty said: "It's been a hard couple of months. I really didn't think that following my heart would create this much backlash."