Kim Kardashian believes she could be happy being single and insists she doesn't need a man for fulfilment. 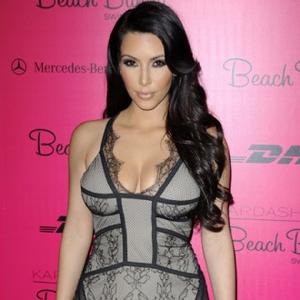 Kim Kardashian doesn't need a man to be happy.

The socialite - who has previously dated NFL player REGGIE BUSH and soccer player Cristiano Ronaldo in the past - believes she could be content on her own but thinks she will one day find love because it makes life "more entertaining".

She said: "I feel like I don't need a man, but I'm also such a hopeless romantic. I really think that having someone makes everything more entertaining.

"I don't think you need a guy to make you happy but it's nice to have one."

The 29-year-old beauty - who has just split from Dallas Cowboys football player Miles Austin - is planning to be single for the foreseeable future but if she meets 'Mr. Right' she will make time for dates.

She told Britain's More! magazine: "I'm happily single and having fun. But I think everybody can make time for someone they really like.

"I'm dating or I'm trying to. I just want to keep it a bit quieter and move private than previous relationships.

"I would just take falling in love a bit slower these days. And I've got so much more going on, being single means I can concentrate more on myself."