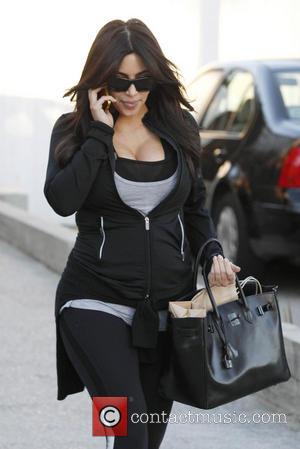 Kim Kardashian is facing a ferocious backlash after she posted a photograph of a diamond-encrusted gun to Instagram. Probably realising her error of judgement, Kim quickly deleted the snap, though not before it was picked up by British tabloid The Sun and various other media outlets.

The reality TV star uploaded the gun - potentially a .22 revolver - just weeks after signing a pledge to help combat gun violence following the Sandy Hook massacre in Connecticut. On January 14, she tweeted, "Today, people in Newtown are making the #sandyhookpromise to reduce gun violence. Sign the pledge with me." However, this isn't the first time that Kim has demonstrated her liking for firearms, clutching a Beretta shotgun during a family vacation photograph in 2012. In June of that year, she posted an image of a 'designer' Yves Saint Laurent pistol after her mother Kris Jenner took her and sister Kourtney and Khloe to a shooting range. She captioned the image, "Bang Bang."

Needless to say, her fans weren't too pleased with her latest Instagram image. "You have too much influence to be this blind and ignorant. Innocent children & people still die even if the gun is pretty," said one angry fan. "When everyone is debating gun control, this is what you post - as if it's just a fun accessory?" said another.

Kim Kardashian Is Facing A Backlash Over Her Gun Photo

Kardashian's publicist did not immediately respond to media requests for comment.