Kim Kardashian: Khloé Kardashian and French Montana are 'so cute'

Kim Kardashian thinks Khloé Kardashian and French Montana are ''so cute'' together and says he is ''so sweet'' to her sister. 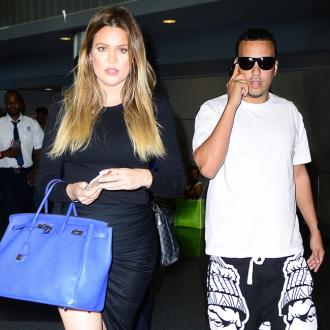 Kim Kardashian thinks Khloé Kardashian and French Montana are ''so cute'' together.

The 33-year-old reality TV star, who is married to Kanye West, is thrilled to see her younger sister, 30, so happy following her split from estranged husband Lamar Odom in December after rumours he cheated on her and was addicted to cocaine.

In a clip for an upcoming episode of 'Keeping Up with the Kardashians,' Kim says: ''It is so obvious that Khloé and French are dating. They are so cute and he is so sweet with her.''

Kim surprises the couple, who started dating in March, at a Los Angeles nightclub during the episode after becoming suspicious about Khloé's love life.

But she later says: ''I get why she's hesitant on introducing anyone to the family. But if she's out and about all over the world with this guy, there's no reason she shouldn't share it with her family.''

Despite suggesting she approves of Moroccan-born French, Kim failed to invite the 'Pop That' rapper, 29, to her wedding in Florence, Italy in May.

A source said at the time: ''Kim thinks French isn't a good fit for Khloé and doesn't want some random guy at the wedding.

''Momager Kris Jenner has also weighed in, saying it's to soon to bring French to family functions. This relationship isn't serious according to Khloé, she just wants to have some fun after all of the drama with Lamar.''