Kim Kardashian left her phone at home during Met Gala

Kim Kardashian West left her phone at home for the Met Gala, for fear of getting in trouble with Anna Wintour's 'no selfies' rule. 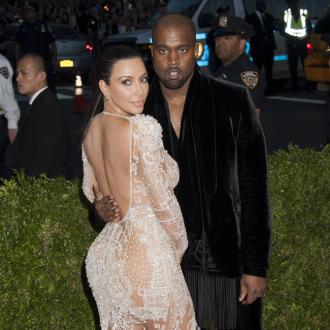 Kim Kardashian West left her phone at home for the Met Gala, for fear of getting in trouble with Anna Wintour's 'no selfies' rule.

The 34-year-old reality TV star insisted that she didn't take any photos during the entire event on Monday (04.05.15), and was therefore forced to post pictures that her husband Kanye West took on Twitter.

Kim said: ''Everyone started to take pictures, but I didn't even bring my phone in so I got photos from Kanye's phone, because he was just taking pictures. I was like, I don't want to get in trouble.''

Gala guests were told upon arrive that 'the use of phones for photography and social media will not be permitted' throughout the event, and the 'Keeping Up With The Kardashians' star said she was trying to be the voice of reason for all the guests wanting to break the rules.

While Kim was keeping to the rules on the night, she still posted a picture of her and Jennifer Lopez walking up the stairs wearing co-ordinated sheer dresses showing off their famous behinds, which Kanye took.

In defence of the sneaky snap, she said: ''He was videoing us walking up the stairs and taking all these pictures, and I turned around and said, 'What are you doing?', And he said: 'I just got to get this moment'.''