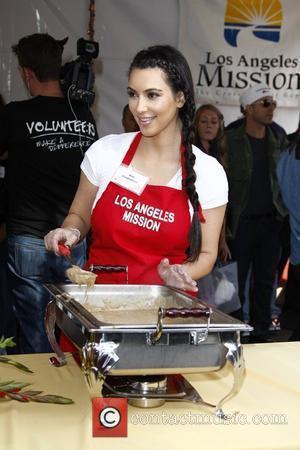 The Kardashian clan has been making waves in the mainstream US media for years. A typical case of being famous for being famous, Kim Kardashian is perhaps the best known of the dynasty. The daughter of high-profile US attorney Robert Kardashian, Kim was said to have been introduced to the socialite scene by her friend Paris Hilton, the famous heiress. Her first encounter with the media, however, was not an easy one to deal with.

In 2007, a sex tape of Kim Kardashian and the R&B singer Ray J fell into the hands of the press and has been hot property on the internet ever since. Rather than recoiling from the attention, however, Kim Kardashian embraced it and the scandal formed the basis of a life spent in the media spotlight. Later that year, she appeared in a reality show with her family, entitled Keeping Up With The Kardashians. Her sisters, brother, half-sisters mother and step-father were all featured in the show. Whilst the more cynical of on-lookers noted the similarities between her own sex-tape-related rise to fame and that of Paris Hilton's (Hilton's sex tape with Rick Solomon was leaked in 2003), people maintained an interest in her very public private life, nonetheless.

There is little that Kim Kardashian hasn't turned her hand to now, in her bid to maintain her public profile. She has acted in TV ('Beyond the Break') and film ('Disaster Movie'), she's hosted shows such as 'Wrestlemania XXIV', been a judge on 'America's Next Top Model' and participated on the popular TV dance contest 'Dancing With The Stars'. Off-screen, she has started a clothing boutique with her sisters Kourtney Kardashian and Khloe Kardashian. The boutique, in predictably self-aggrandizing Kardashian style, is named simply D-A-S-H. Kim went on to release her own fitness DVD as well as her own fragrance, something of a rites-of-passage for any self-respecting celebrity in the 21st century. The scent was a self-titled affair and another addition to the Kim Kardashian brand's portfolio of products. The portfolio was expanded further with a LipFusion lipgloss, a variety of clothing lines and the Kardashian Glamour Tan tanning lotion.

After having her sex life exposed to the world with the leaking of her sex tape and posing nude for Playboy magazine in 2007, Kim Kardashian showed an apparent desire to settle down and married the basketball player Kris Humphries in August 2011. Somewhat predictably, entering into married life, for Kim Kardashian, did not involve shying away from the press and building a quiet life as newlyweds. Instead, the couple's wedding was aired on TV in a two-part special focusing on the wedding preparations, followed by footage of the wedding itself. This was not Kim's first marriage; she had already been married for four years (2000 - 2004) to the music producer Damon Thomas. However, her second betrothal lasted even less time than her first and by October 2011 - just two months after they had tied the knot - Kim and Kris had separated and Kim had filed divorce on the grounds of irreconcilable differences. The marriage itself was considered by many to be a grotesque spectacle, played out on TV for all to see; no elements of privacy seemed to remain in the world of Kim Kardashian and nothing, apparently, is sacred. With Kris' claims that Kim Kardashian is a fraud the divorce process quickly seemed to be more of a pantomime than the wedding itself.

Whether or not this latest drama will harm the Kardashian brand remains to be seen but thus far, she seems to have made a fairly successful job of turning personal scandal into cold hard cash. Media murmurs suggest that her marriage to Kris Humphries was nothing more than a publicity stunt, designed to fuel interest in Kim Kardashian, the personality and her numerous assorted products. Cynicism only travels so far in the celebrity world, though and interest in Kim Kardashian's life and lifestyle is at an all-time high. UK newspaper 'The Guardian' has previously commented on her marketing appeal, reporting that she can command a fee of thousands of dollars simply for mentioning one of her sponsors in a Tweet. And the hard-nosed amongst us may have noted that her wedding drama has all taken place conveniently at the same time that 'Kourtney & Kim Take New York' began airing on the E! Channel on the West Coast of the USA.

Far from the playing the traumatised divorcee, upset at the breakdown of her marriage, Kim Kardashian's Twitter feed has lately been peppered with reminders to buy her 'holiday fragrance gift set' (Available at MACy's) and flippant ruminations on whether or not she should purchase herself an iPhone.

The whirlwind that surrounds the Kardashian empire (with Kim at the eye of the storm) shows no signs of abating. Famous for being famous, Kim Kardashian has created a lifestyle composed of many parts; all designed to make her rich and keep her famous. How long she can keep up the juggling act, though, remains to be seen. But with her sisters Khloe and Kourtney fuelling the hype (Khloe's new pregnancy and Kourtney's joint TV appearance on the TV show), Kim Kardashian is likely to be prompting curious Google searches for some time to come.