Kim Kardashian on the Atkins Diet

Kim Kardashian has been on the Atkins Diet since she gave birth to her first child, Nori, in June this year. 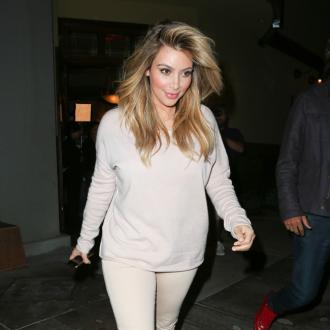 Kim Kardashian has been on the Atkins Diet.

The 32-year-old brunette beauty has been trying to shift her baby weight since she had three-month-old daughter Nori - with boyfriend Kanye West - and she's been sticking to the popular diet which promotes reduced carbohydrate intake while encouraging the consumption of healthy fats, proteins and cheese.

In response to a fan's query as to how she ''lost so much weight'', Kim tweeted: ''I've actually been doing the Atkins diet & luv it. (sic)''

The diet, popularised by the 2002 book, 'Dr. Atkins' New Diet Revolution' explains the strict eating plan which has been a long-time favourite for Kim.

Jennifer Livingston, a spokeswoman for Atkins Nutritionals previously said: ''After she delivered her baby on June 15, she wanted an effective and balance way to lose the baby weight. She'd done Atkins before and knew it worked.''

The same diet has been popular among a number of other A-Listers including Rihanna, Sharon Osbourne, Jennifer Aniston, Demi Moore and Catherine Zeta-Jones.

At the height of its popularity in 2003, about three million people in the UK had tried the diet and in America one in 11 was reportedly on it.