Kim Kardashian West rented the Staples Centre for Kanye West's birthday s he could play an NBA-style game with his closest pals. 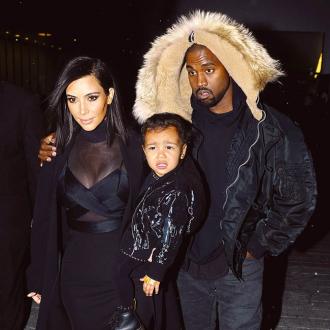 The 'Bound 2' hitmaker turned 38 yesterday (08.06.15) and his big surprise from the 'Keeping Up With The Kardashians' star was an afternoon of basketball on one of the world's most famous courts, costing her a pricey $110,000.

A source told E! News: ''Kim rented out the Staples Centre so Kanye and his boys could play an NBA-style game with real refs and Laker girls!

Kanye's friends - including Justin Bieber, Tyga and Pusha T - as well as his family joined the rapper at the court and NBA legends Kobe Bryant and Shaquille O'Neal recorded special messages for the star that showed on the big screen.

Kim's sister Khloé Kardashian was also in attendance, sharing a snap from the party.

She captioned the photo of Kanye in a custom-made basketball vest: ''Kim rented out staples bitch!!! Him and his boys are going to ball!!!! Happy birthday Yeezy!!!! (sic)''

Meanwhile, earlier in the day, the 34-year-old star teased her ''crazy'' surprise for the star.

She shared: ''Kanye's bday today is gonna be a major SWISH!!! I planned the craziest surprise! Will share later! Sooooo excited!!!!!! (sic)''