Kim Kardashian and Kanye West's wedding was ''very normal'' and ''un-Hollywood'' with a focus on ''the important things that matter most.'' 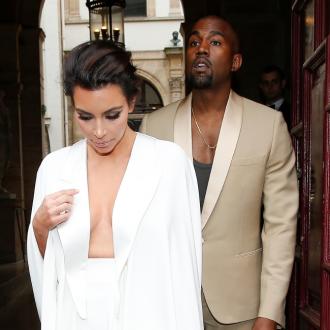 The reality star and the rapper tied the knot in Florence, Italy, on Saturday (24.05.14), and despite all the media attention the union attracted, a source close to the wedding party claims it was all about the things that matter.

The insider told E! news: ''The entire wedding felt very normal. It was very un-Hollywood. It might appear like it was something over the top, but it was very much focused on the important things that matter most.''

Another source pointed out the intimate ceremony was almost celebrity free, as Kim and Kanye wanted to keep the event particularly personal.

The source said: ''They wanted it to be a small and intimate wedding. Jay Z and Beyonce were invited but didn't come... In the end, the wedding was full of love and super intimate.''

Kim's brother, Rob, made his way to France for pre-wedding celebrations, but left just before the actual event, flying back to the US.

It was initially reported he fell out with Kim, but friends say this was not the case, and he is just conscious of his weight.

The source said: ''Kim and Rob did not fight. He wanted to be there, but he was feeling so insecure and didn't want anyone to see him heavier like this.

''Kim and Kanye completely understand. They love Rob and only want him to be healthy and happy.''

Rob was pictured at Los Angeles International airport on his way to the wedding last week, the first time he was photographed in months.

After some people commented on his weight, he wrote on Twitter: ''so i found out i was trending for being fat... thank you all it really made my day :)

''and to the blogs saying i went to fat camp or rehab LOL then why am i still fat u fools?? (sic)''