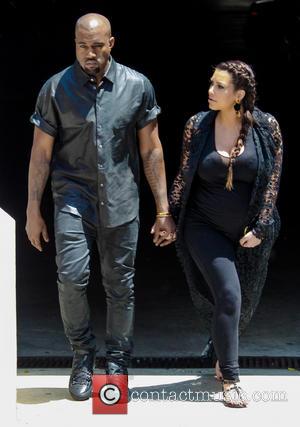 Reality Tv star Kim Kardashian has been snapped showing off a huge diamond ring after becoming engaged to her rapper beau Kanye West on Monday (21Oct13).

Kardashian was celebrating her 33rd birthday when the Stronger hitmaker popped the question in front of family and friends at baseball stadium At&T Park in San Francisco, California.

The Keeping up with the Kardashians beauty was later spotted beaming with joy as she posed with her left hand towards cameras, showing off her new gem.

Kris Jenner wasted no time in congratulating her daughter and future son-in-law, telling E! News the couple is "A match made in heaven!".

She adds, "I am so happy for both of my kids, Kim and Kanye."

Kim's younger sister Khloe Kardashian also joined in with the celebrations, sharing her joy with fans on Twitter.com. She writes, "Wow! Am I dreaming?... Tears of Joy! Wow!"