Kim Kardashian is to star in a sequel of the popular comedy film Ted, according to a new report 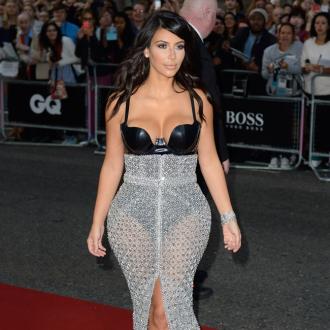 Kim Kardashian is set to star in a 'Ted' sequel.

The 33-year-old reality TV star is to make a cameo in the sequel to the 2012 comedy movie starring Mila Kunis and Mark Wahlberg.

A source told the Daily Star newspaper: ''Ted loves his women and there are scenes in 'Ted 2' which ask for a curvaceous woman to flirt and twerk with Ted, eventually leading to the bedroom.

''Producers are confident they can get Kim in for the part as she not only has the figure for it, she has a great sense of humour.''

The source added that Kanye West, Kim's husband, is a big fan of Seth Macfarlane, the creative force behind the comedy creation of Ted, as well as 'American Dad!' and 'Family Guy'.

The source added: ''Kanye thinks Seth MacFarlane is a genius and his favourite TV show is 'American Dad'.

''Kim actually features as a pink, furry, sex-hungry alien in the latest series.''

The film is due to hit cinema screens next summer.