Kim Kardashian is said to be upset by reports that her former boyfriend REGGIE BUSH is expecting a baby with his new girlfriend. 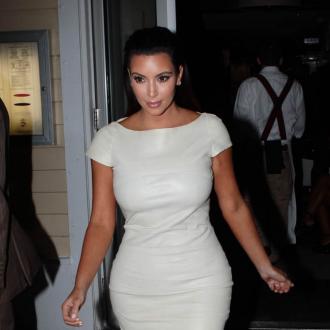 Kim Kardashian is reportedly upset that her former boyfriend is expecting a baby with his new love.

The reality TV star dated NFL star REGGIE BUSH on and off for almost three years and was said to be desperate to have children with him and although Kim has moved on and is now with Kanye West, reports that Reggie's girlfriend Lilit Avagyan is pregnant are said to have devastated Kim.

A source told RadarOnline: ''Kim is very upset that there are reports out there Reggie has gotten Lilit pregnant. Kim had pressured Reggie for a very long time to get married while they were together because she wanted to have a family with him. Reggie just thought that Kim placed too much of a priority on her fame and reality television though and he wanted none of it. Reggie was a part of the Kardashian family [for a long time] and Kim has always held out hope that they would end up together, even though she married Kris Humphries.

''She feels it is a slap in the face that Reggie would consider having a baby with this woman when he wouldn't with her.''

Kim is also thought to be furious that her estranged husband Kris - who she split from last year after just 72 days of marriage - is holding up their divorce.

The insider added: ''Kim is beyond frustrated that she is still legally married to Kris. Yes, she has moved on emotionally with Kanye, but she can't marry him, yet! She is livid with Kris for dragging this out, but she won't cave in to his demands that she admit the marriage was fraudulent. So, Kim is stuck.

''Publicly, Kim is putting on a very brave face, but she just isn't happy with the status of her personal life. Seeing Reggie move on like this makes her all the more determined to marry Kanye and prove to him she's moved on too -- even though she obviously hasn't!''