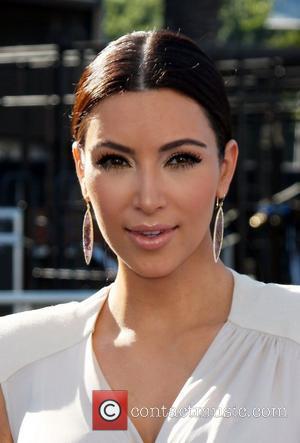 Kim Kardashian's wedding in Montecito, California, on Saturday (20th August 2011) is shaping up to be a predictably glamorous affair. Details of the celebrity bash are beginning to emerge, including the all-important guest list, reports US Weekly Magazine.
Kim and her soon-to-be husband Kris Humphries have sent out 500 invitations, with tennis champions Serena Williams and Venus Williams among the lucky guests. Reality star turned fashion queen Nicole Richie and broadcaster Ryan Seacrest will also attend the ceremony. Elsewhere, British television personality Kelly Osbourne and NBC's MARIA MENOUBOS will be present, although presenter Kelly Ripa cannot make the ceremony and singer Pia Toscano also sent her regrets. Toscano's rumoured beau Mark Ballas will definitely attend the nuptials, given that he's choreographed the couple's first dance. Another story beginning to emerge concerns the wedding's cake - Kim has allegedly organised a super-cake worth around $20,000 for the special day. The reality star, who has chosen to wear a Vera Wang dress, will reportedly be driven to and from the ceremony in a white Rolls Royce Phantom.
The 30-year-old was previously married the music producer Damon Thomas, but the marriage ended in divorce in 2004. She began a relationship with NFL star REGGIE BUSH in 2007 but the couple split two years later.