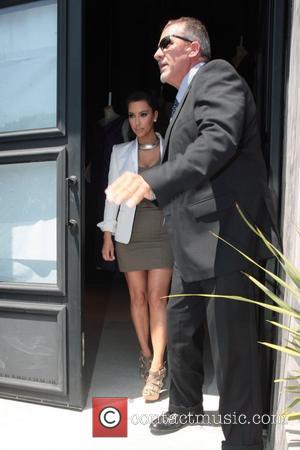 Kim Kardashian's wedding dominated the headlines this weekend, and the celebrity turnout was predictably high. Ellen Degeneres was worried that she hadn't scored an invite, and tweeted "'No invitation to @KimKardashian's wedding yet. #WorstThingInTheWorld" but Kardashian responded: "Of course u are invited!!!! COME!" According to the Daily Mail, other stars in attendance were Eva Longoria, Demi Lovato, Serena Williams, Kelly Osbourne and Ryan Seacrest. Others rumoured stars were Justin Bieber, Jennifer Lopez, Heidi Klum and Kanye West.

E! Online will show a two part wedding special in October, and the ceremony will reportedly earn her millions. Marketing expert Ryan Schinman, chief of Platinum Rye Entertainment, told ABC news that Kim Kardashian has taken the selling of celebrity private lives to the next level: "She's single-handedly been able to bring her entire family into the mix, not just Kim but the entire Kardashian clan," Schinman said. "Corporate America has woken up to the fact that this girl has such a following that she would be an ideal spokesperson who can really help move products, whether it's her own products in beauty and fashion or endorsing traditional companies like Sketchers."