Kim Kardashian West and Kanye West are building their 20-month-old daughter North a large outside jungle gym in the back garden of their 20 million mansion. 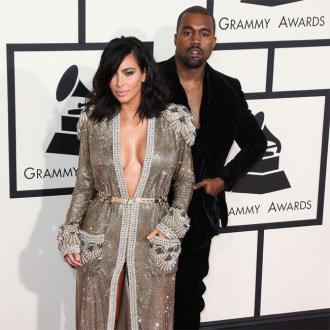 Kim Kardashian West and Kanye West have started to build an extravagant jungle gym in their back garden for their daughter.

The couple - who got married last May in Florence, Italy - are in the process of adding a large playground to their $20 million mansion in Hidden Hills, California, for 20-month-old North.

The wooden recreational area features two sets of monkey bars - one curved and one straight - a slide and little steps to help the toddler climb up to the boxed-area, according to the MailOnline.

The loved-up pair moved into the lavish home, which was initially listed for $21 million, last month after spending a year-and-a half staying at Kim's mother Kris Jenner's house.

At the end of last year, the famous duo splashed out $2.925 million to secure the property next door so they can expand their original home, which they have been renovating since buying it in August, across almost five acres.

They are also eager to build a basketball court and a studio for Kanye, 37, so he doesn't have to travel to Paris to record music.

Their sprawling estate will also include a full cinema, games room, a detached guest-house and luxury spa for Kim, 34.

The couple moved in with Kris, 59, in order to renovate an $11 million home in Bel Air.

But at the beginning of last year they decided to put that property on the market and bought their Hidden Hills house, as they got fed up of waiting for the extensive work to be completed.