Kim Kardashian West due to give birth on Christmas Day

Kim Kardashian West and her husband Kanye West are set to welcome their baby son - their second child together - into the world on Christmas Day (25.12.15). 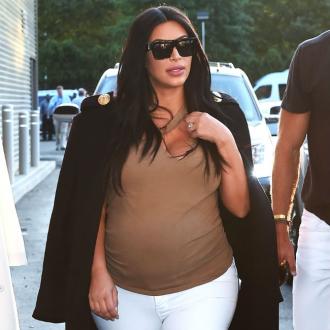 Kim Kardashian West is reportedly due to give birth to her baby son on Christmas Day (25.12.15).

The 34-year-old reality star and her husband Kanye West, 38, have been told by doctors their second child is likely to make his arrival into the world around the festive season.

A source told gossip website TMZ.com: ''Doctors have back timed the date of conception and they've been told their son will be born on Christmas day.''

The insider went on to explain that although doctors are hopeful Kim will have a natural birth, a Caesarian section may need to take place because she reportedly suffers with the serious condition placenta accreta, which means the placenta attaches itself too deeply into the uterine wall.

The couple - who already have two-year-old daughter North together - are believed to have already booked out a Deluxe Maternity Suite at Cedars-Sinai in Los Angeles for the birth.

Meanwhile, the raven-haired beauty is trying to stay in shape during her second pregnancy, and her favourite way to do so is to walk at least 10,000 steps a day.

Her trainer, Harley Pasternak, said previously: ''She likes to walk while on phone calls; she likes to walk to her sisters in the gated community; and she walks with North.''

Kim is also taking care with her diet to ensure she is getting all the vital nutrients she and her baby need.