Kim Kardashian West edited out of The Hills

Kim Kardashian West was edited out of MTV's 'The Hills' before she found fame. 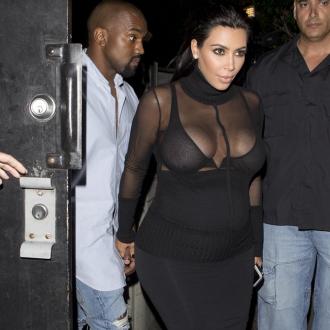 Kim Kardashian West was edited out of 'The Hills'.

The 34-year-old entrepreneur is now arguably the most famous reality TV star in the world thanks to her show 'Keeping Up With The Karadshians' but Heidi Montag and Spencer Pratt have revealed that Kim was desperate to involved in their MTV hit before she found fame.

Speaking about Kim, who was previously a stylist, Spencer told Complex magazine: ''She used to call Heidi to organise Heidi's closet. Kim was edited out of 'Hills' episodes organising Heidi's closet. Now it's like, 'Kim Kardashian breaks the internet with her booty.' Like, what the f**k? That's real life for us.''

She said: ''I'm happy for her. We had so much fun travelling the world, and I have so many fun memories and I'm just so proud of the woman she has become today. Some people do say that [I helped her], but that's not something I've ever said. She's just killing it and she's so happy, so I'm happy for her.''