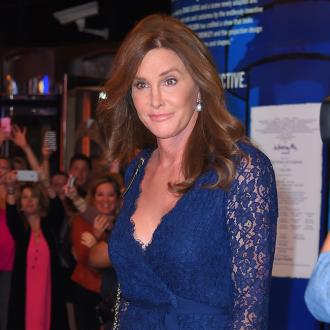 Kim Kardashian West wanted to get a boob job after she saw Caitlyn Jenner's breasts at her Vanity Fair photoshoot.

The 34-year-old reality star has revealed she was envious of her stepfather's assets when she saw them for the first time following her gender transition surgery earlier this year.

Speaking on an upcoming episode of 'Keeping Up With The Kardashians,' Kim told her sister Khloe, 31: ''I went to Caitlyn's photoshoot, she was pretty, like really pretty.''

She added: ''I went into the closet and she had to change and she was like, 'You can stay.' And she took off her top and her boobs were like [sister] Kourtney's when she first had them done. Like, it made me want a boob job.''

Khloe, who has admitted she's having trouble remembering what pronoun to use when discussing Caitlyn, asked with a shocked expression on her face: ''She has full implants?''

The 'I Am Cait' star, 65 - who was known as Bruce Jenner before her gender transition - unveiled her new identity on the cover of Vanity Fair magazine in June and said recently she has no regrets ''whatsoever'' about her drastic change.

The stunner - who has been married three times, including to Kardashian matriarch Kris Jenner, and has six children - has even found a big advantage to being a woman - her new breasts have apparently made her better at golf.