Kim Kardashian West: Having a surrogate is 'hard'

Kim Kardashian West thinks having a baby via surrogate mother is ''so much harder'' than going through pregnancy herself. 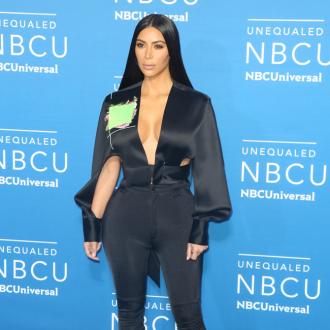 Kim Kardashian West thinks having a baby via surrogate mother is ''so much harder'' than going through pregnancy herself.

The 37-year-old reality star and her husband Kanye West are currently expecting their third child, whom they will have via a surrogate, after Kim was advised against getting pregnant due to suffering complications whilst carrying their four-year-old daughter North and 23-month-old son Saint.

Despite her painful complications, the 'Keeping Up with the Kardashians' star has admitted she prefers being pregnant to having a surrogate mother, as the lack of control she has over her unborn baby is ''hard'' for her to come to terms with.

She said: ''You know, it is really different. Anyone that says or thinks it is just the easy way out is just completely wrong. I think it is so much harder to go through it this way, because you are not really in control.

''And, you know, obviously you pick someone that you completely trust and that you have a good bond and relationship with, but it is still ... knowing that I was able to carry my first two babies and not, you know, my baby now, it's hard for me. So, it's definitely a harder experience than I anticipated just in the control area.''

The beauty is finding having a surrogate mother more difficult than she first thought, as she admits that she believed it would be ''so easy'' because she ''hated being pregnant'' with her first two children.

Speaking to 'Entertainment Tonight', she said: ''I hated being pregnant and I never thought I'd ever ... I thought this was going to be so easy, but you know, even in how much I hated it, if I could do it myself I would have preferred that. So, that inner struggle is kind of hard, but I am just rolling with it and it is what it is.''