Kim Kardashian West has claimed she heard her mother Kris Jenner having sex with her toyboy lover Corey Gamble when she was trying to get some shut eye. 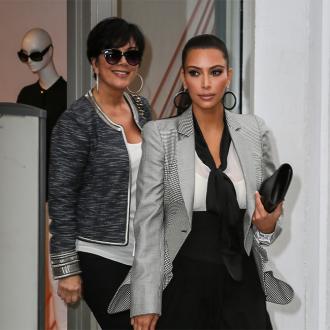 Kim Kardashian West has claimed she heard her mother having sex with her toyboy lover Corey Gamble.

The 'Keeping Up With the Kardashians' star, 34, was kept awake by matriarch Kris Jenner's bed banging against her wall as she was getting frisky beneath the sheets with her new man.

Speaking in Sunday's episode (22.03.15) of their family reality TV show, Kim said of her mum's sex life: ''The bed bangs up against the wall. I was literally trying to pass out and I woke up and I swear I thought I heard moaning.''

Kim's sister Khloe was clearly shocked by the revelation and added: ''That's disgusting. I have the worst visual.''

However, although Kris' love life seems to be taking off since the breakdown of her marriage to Bruce Jenner last year, the brunette beauty is adamant she won't be getting hitched again.

When asked by Khloe, 30, if she was dating Corey, Kris said: ''We're just hanging out right now. I don't think I will ever get married again.''

Khloe agreed, adding: ''You can f*** whoever you want, just don't get married right now.''

However, the reality TV star, 59, felt angered by her children's obsession with her love life.

She said: ''It's so annoying that my family is being so judgmental because all I really want to do is live my life.