Kim Kardashian West has reportedly enlisted her glam squad to help Bruce Jenner with his transition. 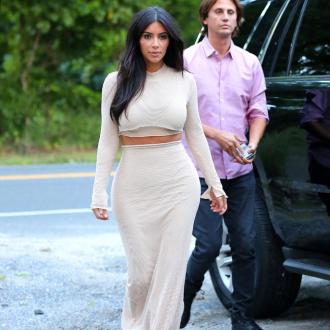 The 'Keeping Up with the Kardashians' star is ''very supportive'' of her stepfather, who is reportedly transitioning to a woman, and has enlisted the help of her own ''glam squad'' to tackle his hair and make-up.

A source said: ''Kim has been very supportive of Bruce and has even been actively involved in his transformation and changing looks.

''She's enlisting her hair colourist, Tracey Cunningham, to do his highlights and her glam squad, including Mario Dedivanovic, are on hand to give him make-up tips.

''She's always been on his side and feels he should be free to express himself however he wants.''

Last week, Kim spoke out in support of Bruce, adding he would speak about his ''journey'' when he was ready and it has been claimed her remarks were carefully planned by her mother, the Olympian's ex-wife Kris Jenner.

The source added to Grazia magazine: ''Kim was visiting Bruce [afterwards], to make sure he was happy with her appearance on the show.

''Everything the Kardashians do is pre-planned and carefully orchestrated and Kim's comments were no different.