Kim Kardashian West has hired a nutritionist to help devise a meal plan that will reduce her chances of contracting pre-eclampsia. 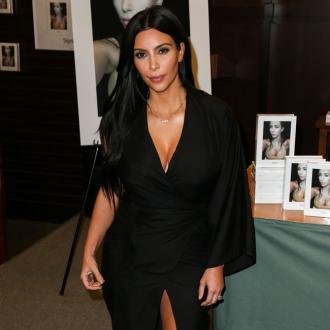 Kim Kardashian West has hired a nutritionist to help reduce her chances of getting ill.

The 'Keeping Up With the Kardashians' star - who is expecting her second child with husband Kanye West - suffered pre-eclampsia, a condition which causes dangerously high blood pressure, while pregnant with daughter North, now 23 months, and after being warned she is likely to experience the disorder again, she is doing all she can to reduce her risk.

According to website TMZ, the 34-year-old beauty has hired an expert to devise a weekly meal plan, with two specific requests; that they include lots of water and are low in sodium.

Kim began each day when pregnant with North by tucking into a donut, but this time around she is opting for protein shakes instead.

Kim recently admitted she is hoping her 37-year-old husband will help out more while she is carrying their second child.

Asked if Kanye will help her out during her pregnancy, she said: ''I hope he will! He didn't help me last time. He did after, he was like 'OK, I can't take this I'm going to help you.' But we also like to keep everything really separate because it's just sometimes easier that way.''

Though the couple have explained to North that she will be getting a sibling, the little girl doesn't fully understand.