Kim Kardashian West is keeping the sex of her unborn baby a secret and insists she and husband Kanye West haven't shared the news with anyone yet. 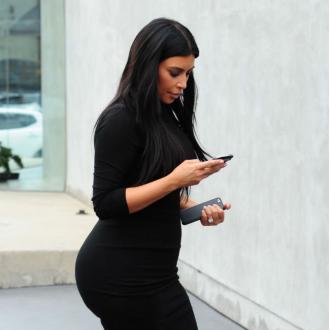 Kim Kardashian West is keeping the sex of her unborn baby a secret.

The 34-year-old reality TV star, who is set to give birth to her second child with rapper husband Kanye West in December, has hit back at rumours she is having a baby boy and insists they haven't shared the news with anyone else yet.

The 'Keeping Up with the Kardashians' star addressed the speculation on Twitter, writing: ''So many rumors...we are not having twins, yes I am carrying my own baby lol & we have not told anyone the sex of our baby yet! Nothing is confirmed unless you hear it from me (sic)!''

But a source told Us Weekly magazine that Kim, who already has 23-month-old daughter North with Kanye, 38, is thrilled to be having a son.

The insider added: ''Kim always wanted two kids. A girl and a boy.''

Unlike during her first pregnancy, the brunette beauty is suffering from severe morning sickness at the moment.

Kim, who gained 50 pounds while pregnant with North, has hired a nutritionist to help her maintain a healthy weight during her second pregnancy, but after recently being complimented by a fan on her small baby bump, she replied: ''honey it's just the beginning lol Lets not get ahead of ourselves LOL (sic)''