Kim Kardashian West thinks Kourtney Kardashian is the ''best mom in the world'', even though she hated being around children when she was younger. 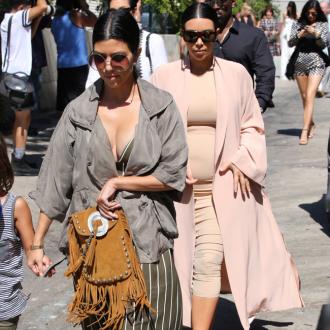 Kim Kardashian West says Kourtney Kardashian ''hated'' being around children before she became a mother.

The 34-year-old reality TV star, who has two-year-old daughter North, thinks her older sister, 36, has changed a lot since having sons Mason, five, and Reign, nine months, and daughter Penelope, three, with ex-boyfriend Scott Disick.

She said: ''What's surprising is that in college, she was a wild party girl. She didn't like kids growing up.

''She had a kid's clothing store and hated when kids came in. now she's the best mom in the world.

The 'Keeping Up With the Kardashians' star, who is set to give birth to her second child, a baby boy, with husband Kanye West in December, says she has become ''more fearful'' since having her daughter, but thinks Kourtney ''is the bravest.''

She told America's Cosmopolitan magazine: ''She is the practical one - stable and calm. Everyone once is a while she'll break down, but she always has the attitude of 'We're going to get through this. It's going to be okay.' It's rare to see her cry. The moment you'd expect to see someone cry is the exact moment she won't cry.''