Kim Kardashian West moves back in with Kris Jenner

Kim Kardashian West and Kanye West have moved back in with Kris Jenner, as they are renovating their own mansion again. 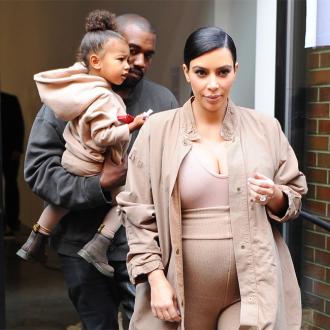 Kim Kardashian West and Kanye West have moved back in with Kris Jenner.

The couple, who have two-year-old daughter North and are expecting a baby boy in December, previously spent almost two years living at her mother's house in Calabasas, California while renovating other properties and are now staying there again.

Kris, 59, told Paper magazine radio show on Andy Cohen's Sirius XM channel, Radio Andy: ''She just got home from New York, and her and Kanye and North actually moved back in with me because they're working on their house again.''

The 'Keeping Up with the Kardashians' star, 34, and her rapper husband, 38, first moved in with Kris while Kim was pregnant with North in 2013 after buying an $11 million home in Bel Air.

But they sold the property after spending months renovating it in favour of buying a $20 million mansion in Hidden Hills, which they finally moved into in August 2014.

Kim insisted at the time that it was never their intention to spend so long at Kris' house, but admitted she would missed living with her.

She said: ''When we bought our Bel Air house, we didn't have a baby, we weren't even pregnant. After you have a baby, you realise that you need so many other things and a different kind of space. So being in the city is a different life. We wanted to be away and have more privacy.