Kim Kardashian West is reportedly planning to quit 'Keeping Up with the Kardashians'. 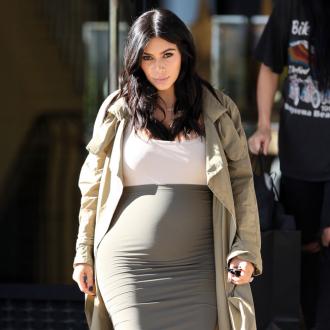 Kim Kardashian West and two of her sisters are planning to quit 'Keeping Up with the Kardashians'.

The 34-year-old reality TV star, who is expecting her second child with husband Kanye West, and siblings Khloé Kardashian and Kylie Jenner have reportedly informed their mother and manager, Kris Jenner, that they want to walk away from the series after holding a series of secret meetings about their future.

A source said: ''They want to spread their wings and develop their own brands more.

''It's not like Kim, Khloé and Kylie don't want to be on television anymore, they just don't want to do 'Keeping Up with the Kardashians' or its spin-offs.

''Kris begged them all to stay, even for one more season. But they told her that they all feel the franchise has run its course.''

Kim wants to focus on more high-end projects, while Khloé is eager to regain her personal life and Kylie ''might even go into business'' with boyfriend Tyga.

The source told Life & Style magazine: ''Kris doesn't understand how anyone could turn down a pay cheque, especially her own flesh and blood.

''They each have their own individual reasons, and all of them are through with the show.''

But the trio's eldest sister Kourtney Kardashian isn't ready for the show to end, as she feels it is one of the stable things in her life following her split from Scott Disick.

The source added: ''She's not planning on going anywhere. Kourtney has so much drama going on in her life she just wants everything to stay status quo with the show.''