Kim Kardashian West believes her famous family is ''normal'' and hopes their reality TV show allows viewers to relate to them and their issues. 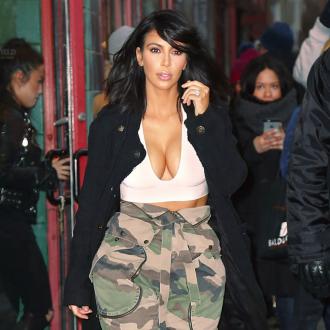 Kim Kardashian West has insisted her family is ''normal.''

The 34-year-old reality TV star hopes her E! show 'Keeping Up With the Kardashians', which is now in its tenth season, allows viewers to relate to herself and her famous relatives because she believes their lives are similar to everyone else's.

Speaking in Adweek's Mobile Issue, she said of the popular programme: ''I hope [viewers] get out of it that we are a normal family. They may not think we're normal, [but] we are a family like everyone else's that goes through so many different things and we're always there to support each other.''

The brunette beauty - who has 20-month-old daughter North with her husband Kanye West - also likes to air every inch of her life on her social networking accounts and she has no plans to cut back on her online presence anytime soon.

She explained: ''I love sharing my world with people, so I don't see me just having a freak-out and just stopping. Will I do it forever? I'm not sure.''

Meanwhile, Kim and her family - including momager Kris Jenner and sisters Kourtney and Khloé - recently signed a new four-year contract with the network E! for $100 million, which will see ''at least'' four more seasons of 'Keeping Up with the Kardashians', spin-off shows and possible digital projects.