Kim Kardashian West has warned Caitlyn Jenner she is ''losing her family'' over remarks she made in her infamous Vanity Fair magazine interview. 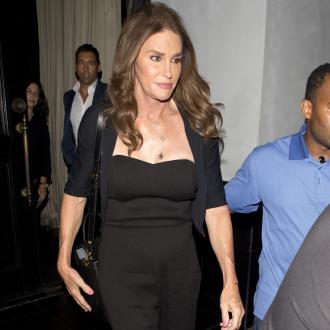 Kim Kardashian West has warned Caitlyn Jenner she is ''losing her family''.

The 34-year-old beauty confronted her step-parent about remarks she made in Vanity Fair magazine - where she revealed her female identity for the first time - and told her she risked pushing people away with her ''hurtful'' comments.

Kim said: ''You still have a little Bruce in you. I thought Caitlyn would be a little kinder. I think that there's some things that you said that you might not realise are hurtful.

''You said that Kendall and Kylie were a distraction. When they read that - I don't know that they'll quite understand that.

''[The interview] said, 'had Kris been accepting to who I am, we still would be together' - and that is the most unfair thing in the world to say.

''You're a woman now and she is not a lesbian - she does not want to be with a woman, that's not fair to ask.''

However, Caitlyn defended herself and said: ''As time went on our relationship changed drastically. In my eyes it's like, 'Well, I don't need him any more - I've got all the girls.' I felt it in the way she treated me. She wanted me out of the house.''

Kim retorted: ''You look amazing, it's your time, but you don't have to bash us on your way up.

''You've got the fame, but you're losing your family.''

Caitlyn - who was previously known as Bruce - insisted she was just trying to be honest and didn't want to hurt people.

Following the episode, a trailer for next week's installment showed Caitlyn and Kris coming face-to-face, with the former Olympian's ex-wife slamming her lack of sensitivity towards her family.

Caitlyn replied: ''I try to do everything I can to be nice, reach out. You have to see it from my perspective, be an ally when it comes to dealing with the kids.''