Kim Kardashian West was ''shaking'' when she first saw Bruce Jenner dressed in women's clothing and worried he would ''come after'' her. 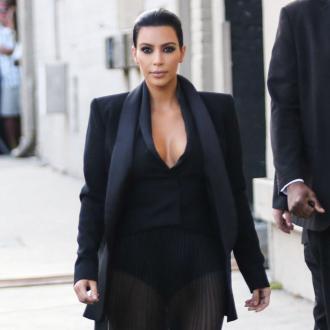 The 'Keeping Up With the Kardashians' star was just 22 years old when she came across her stepfather - who revealed earlier this year he is transgender and is now known as Caitlyn - dressed as a female and worried the former Olympian would ''come after'' her.

She recalled: ''I was shaking. I didn't know if I'd just found out his deepest, darkest secret, and he was going to come after me.''

Bruce then called her half an hour later and said: ''One day, I'll talk to you about this. Until then, don't tell a soul.''

The 34-year-old beauty - who has a two-year-old daughter, North, and is pregnant with her second child - used to hang out with Paris Hilton but unlike some of her pals, she never attracted attention for her wild partying or being pictured without underwear and she thinks that's because she rarely drinks and never takes drugs.

She told Rolling Stone magazine: ''I rarely wear underwear, but that never happened to me.

While Kim became infamous when she appeared in a sex tape with former boyfriend Ray J, her old friend - who also appears in a raunchy film with ex-lover Rick Salomon - never reached out to offer support or advice when the footage first surfaced.

Kim said: ''I don't think she was that happy. We didn't really talk about it. I probably would have thought, 'Oh, my gosh, let me give her advice,' but we had no communication. But our friendship had fizzled before that.''

And the reality star - who knows who leaked the tape but can't disclose the information - tries not to worry about the fact so many people have seen her having sex.

She said: ''I don't really think about it. I thought about it for a long time. But when I get over something, I get over it.''