Kim Kardashian West would like to have a son, and is hoping to decorate a nursery in shades of blue. 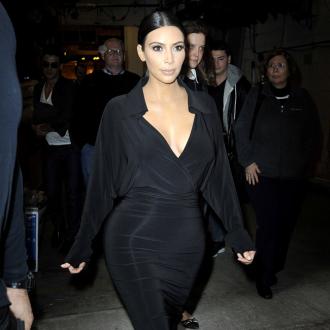 Kim Kardashian West would like to have a son.

The 'Keeping Up with the Kardashians' star, who recently confirmed she is expecting her second child with husband Kanye West, is reportedly planning to find out the unborn baby's sex later this month and is hoping to decorate a nursery at their $20 million home in Hidden Hills, California in shades of blue.

Meanwhile, Kim, who felt bullied about her weight gain while she was expecting 23-month-old daughter North, is already bracing herself for criticism about her pregnant figure.

The insider told Us Weekly magazine: ''She doesn't want to be ripped apart again.''

The reality star, who battled pre-eclampsia during her first pregnancy, previously admitted comments about her maternity figure really upset her.

She said at the time: ''They really hurt my soul. It changed how I am in public. I've tried to live more of a private life.''

She later said: ''My body just went crazy. After five months I swore I'd never get pregnant again. I got so huge and it felt like someone had taken over my body.''