Kim Kardashian West is reportedly ''determined'' to make her marriage to Kanye West work amidst rumours that their relationship is on the rocks. 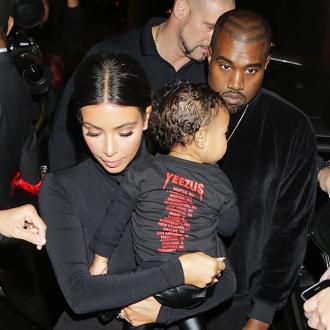 Kim Kardashian West is ''determined'' to make her relationship work.

The 'Keeping Up With The Kardashians' star - who tied the knot with Kanye West, 37, earlier this year - is reportedly desperate for her marriage not to end up like her mother's, Kris Jenner, amidst rumours that Kim's nuptails are already on the rocks.

A source said: ''Kim is determined to make this work because she does not want to ever have to go through what she is watching her mom and Bruce go through.''

The 34-year-old television personality - who already has 17-month-old North with her husband - is hoping a new addition to the family will help smooth things over between the couple.

A family friend told RadarOnline.com: ''[They are] not getting a divorce [and are] planning to have another child in the near future!

''She wants to have just one more baby and then she is done.''

Hal said: ''Kanye constantly worries about Kim and North because he knows the kidnap risk is high. Because of the lifestyle they lead, he has to think about it carefully nowadays.

''Kanye controls Kim, like where she travels and what she does, to protect her. He thinks the more the public see of them, the more at risk they are.''