Kim Kardashian West and Kanye West reportedly want to give their unborn baby a ''traditional'' name influenced by their late parents. 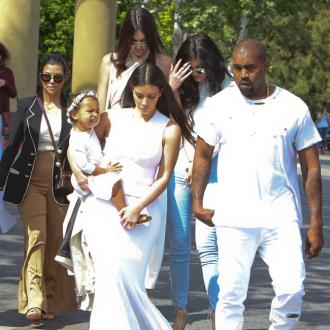 Kim Kardashian West and Kanye West want their baby to have a ''traditional'' name influenced by their late parents.

The couple - who already have 23-month-old daughter North together - are expecting their second child but insiders have dismissed speculation the new arrival will also have a directional moniker, such as South, East or Easton.

A source explained to TMZ that the couple opted for North because of a power element; that it is always on top or pointing up, and other points can't match that.

Instead, the insider claims the 34-year-old reality star and her 37-year-old husband would prefer something more traditional, with a family-related influence, likely connected to Kim's late father Robert or Kanye's deceased mother Donda.

Though the couple don't yet know the gender of their unborn tot, which is due in December, it was recently claimed the 'Keeping Up With the Kardashians' star and the 'All Day' rapper are hoping for a little boy and are planning a blue nursery for the youngster.

Meanwhile, Kim, who felt bullied about her weight gain while she was expecting North, is already bracing herself for criticism about her pregnant figure.

The insider said: ''She doesn't want to be ripped apart again.''