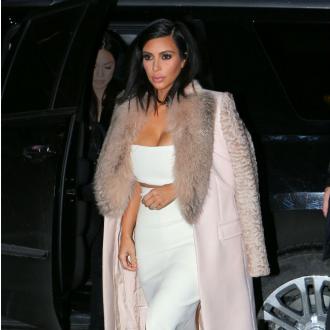 The 65-year-old former Olympian confirmed on Friday (24.04.15) that he had undergone a gender transition but stepdaughter Kim, 34, admits the family are still making ''adjustments''.

Speaking on The Today Show, she said: ''I think there is still an adjustment and there's family therapy and we're really close.

''I see reports that say, you know, this one doesn't support him, and this one's over here and my mom feels this way, and it's all really so made up. We all really support him. [But] is it a hard adjustment? Yes.''

The 'Keeping Up With The Kardashians' star tweeted her support to her stepfather following his interview with ABC's Diane Sawyer.

She wrote: ''Love is the courage to live the truest, best version of yourself. Bruce is love. I love you Bruce. #ProudDaughter

''Your honesty has opened the doors for others to be courageous and live an authentic life! #respect #hero #family (sic)''

Whilst Kourtney added: ''Couldn't be a more proud daughter. With courage and bravery, let's change the world. I am honored to stand by Bruce's side and support him. (sic)''