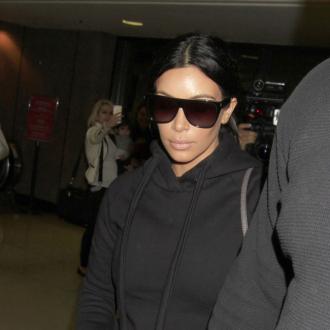 The 'Keeping Up with the Kardashians' star says she wants to let her 65-year-old stepfather's '20/20' special, in which he is expected to confirm he is transitioning from male to female, ''speak for itself.''

Asked if she will be watching the interview, the 34-year-old beauty said: ''We're going to watch the special together as a family. And that's pretty much all I'll say about that today. I'll let the special come out and speak for itself.''

A source told UsMagazine.com that Bruce invited Kim, her rapper husband Kanye West, and his other stepdaughters, Kourtney and Khloé Kardashian, as well as his youngest daughter, Kylie Jenner, 17, to watch the eagerly anticipated show with him.

It is not yet known if his other daughter, Kendall Jenner, 19, Kourtney's partner Scott Disick or the Olympian's ex-wife Kris Jenner are planning to join them for the intimate viewing party.

While Kendall and Kylie are supportive, they are still coming to terms with their father's decision.

The insider added: ''Most family and friends feel the most compassion for Kylie and Kendall.

''Any 17 and 19-year-old is not going to handle something like this well. And especially in the public eye. They are all getting used to it... and all acknowledge that he needed this.''

Another source told gossip website TMZ.com that Bruce has organised a second viewing party so he can also watch the show with his other children from previous marriages, including Brandon and Brody Jenner.