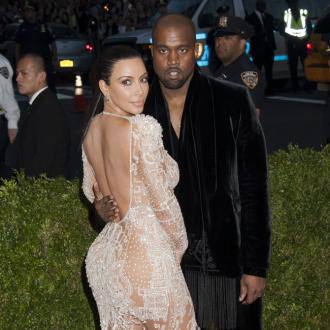 Kim Kardashian West and Kanye West are to receive $440,000 damages from YouTube's co-founder.

The couple sued executive Chad Hurley after he defied a confidentiality agreement and leaked footage of the rapper's lavish 2013 marriage proposal to the 'Keeping Up with the Kardashians' star onto his site MixBit and he has now agreed to settle the dispute with the six-figure payout.

According to TMZ, Hurley - who sold YouTube for $1.6 billion - must pay up within the next few days and then the lawsuit will be dismissed.

Hurley's legal team had previously argued that a loophole meant posting the video on MixBit didn't violate the confidentiality agreement, but Kim and Kanye insisted he had snuck into San Francisco's AT&T Park - the site of the proposal - with the intention to film and they only allowed him to stay on the property after he agreed to sign the non-disclosure document.

The couple - who have two-year-old daughter North together and are expecting their second child - went on to state in their suit: ''Hurley proceeded to try to turn the event into one starring himself, broadcasting the images he knew were the exclusive property rights of someone else.''

The tech executive previously appealed the legitimacy of the lawsuit, but a hearing in April upheld the previous ruling, allowing the couple to go ahead with their bid for damages.