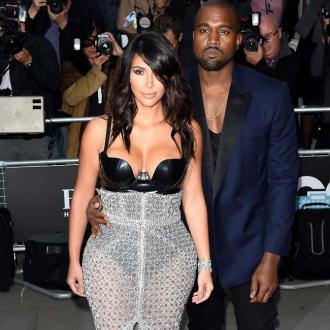 Kim Kardashian West was crowned Woman of the Year at the GQ Awards on Monday night (02.09.14).

The 33-year-old reality TV star took to the stage at the GQ Men of the Year Awards in London to collect her accolade and praise her husband Kanye West, 37, for making her feel special every day of her life.

While Kim was the only female winner on the night, there was plenty for the male stars to recognise, including Benedict Cumberbatch, who took home the Actor of the Year award after being presented the gong by his 'The Fifth Estate' co-star Dan Stevens, who described him as a ''b**ch ****'' on stage.

Lewis Hamilton was awarded with the Sportsman of the Year accolade, while Van Morrison won the Legend gong and Bradley Cooper was on hand to present Jonah Hill with the International Man of the Year prize.

Meanwhile, former British Prime Minister Tony Blair made a rare public appearance at a celeb bash to pick up his Philanthropist of the Year prize.

Full list of GQ Men of the Year Award 2014 winners:

Actor of the Year - Benedict Cumberbatch presented by Dan Stevens

Entrepreneur of the Year - Andre Balazs presented by Gerard Butler

Humanitarian of the Year - Ringo Starr presented by John Varvatos

Comedian of the Year - John Bishop presented by David Walliams

Chef of the Year - Tom Kerridge presented by Lindsay Lohan

Writer of the Year - Michael Lewis presented by Emily Maitlis

Philanthropist of the Year - Tony Blair presented by Banke Adetayo