Kim Kardashian and Kanye West are set to make $21 million from their upcoming wedding even though it won't be filmed for 'Keeping Up with the Kardashians.' 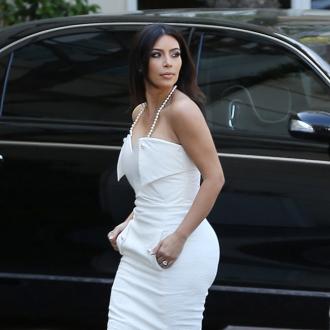 Kim Kardashian and Kanye West are set to make $21 million from their upcoming wedding.

The couple - who have 11-month-old daughter North together - will tie the knot in Paris on May 24 and are reportedly ''cutting deals left and right'' in order to profit from their lavish nuptials, even though the event won't be filmed for 'Keeping Up with the Kardashians.'

A source told In Touch magazine that the 33-year-old reality TV star is allowing the E! network to capture ''everything leading up to and after'' their big day.

The insider explained: ''She's taping everything else so she can get things for free in exchange for the exposure.

''They realised how much their wedding was costing, so they told E! they wouldn't allow parts of it to be taped unless the network offered them more than $15 million, which is what Kim got for her wedding to Kris [Humphries].

''Her mom couldn't help herself either. Kris [Jenner] is trying to get them another $4 million for their wedding photos.''

Kim recently let a camera crew film her Parisian-themed bridal shower at the Beverly Hills' Penninsula Hotel, where a source said that everything was ''paid for or sponsored by brands that wanted exposure.''

Kim and Kanye - who got engaged last October - previously insisted their wedding would be small and intimate, with just their close friends and family present, but her show's producer Ryan Seacrest believes it will still be an ''amazing'' affair.

He told Access Hollywood on Monday (12.04.14): ''Here's what I would guess. It would be one of the most amazing ceremonies that has ever been had. I think that we'll all sort of smile and love that fact that you can see how much he adores her and she adores him.''