Khloe Kardashian says Kim is a much stricter mother than their other sibling Kourtney. 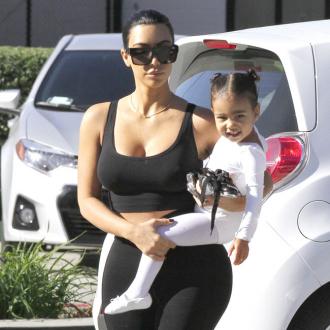 Kim Kardashian is a stricter mother than than her sister Kourtney.

The 34-year-old reality TV star has daughter North, two, and is currently pregnant with her second child while Kourtney, 36, has kids Mason, six, Penelope, three and nine-month-old Reign and their younger sister Khloe, 31, says Kim doesn't want her spoiling North.

Explaining she loves to ''spoil the children rotten with Lucky Charms and cookies'', Khloe revealed that she has to be sneaky as ''Kim's a little more strict with North''.

Khloe also revealed, in a post on her new website khloewithak.com, that she loves to spend as much time as she can with her nieces and nephews.

She said: ''I love being an aunt. All four of my nieces and nephews come to my house at least three times a week.

''They say it takes a village to raise a child - that couldn't be more true. We all have so much fun helping raise each other's kids. I just think it's so great to have so many eyes and ears on the kids so that they're raised with respect for themselves and for others.

''What I'm loving most is getting to see those four individual personalities really come out. I love them!

''I'm just really playful and I guess you could say I'm the 'wild aunt'. But honestly, I like that they view me like that.''