Kim Zolciak has said she wants to get back to dancing following her health scare.

Former ‘Real Housewife’ Kim Zolciak has said she hopes to return to ABC’s ‘Dancing with the Stars’ despite suffering a ‘mini-stroke’ last week. The reality star had a 'transient ischemic attack' on September 23rd, while travelling home from Los Angeles. 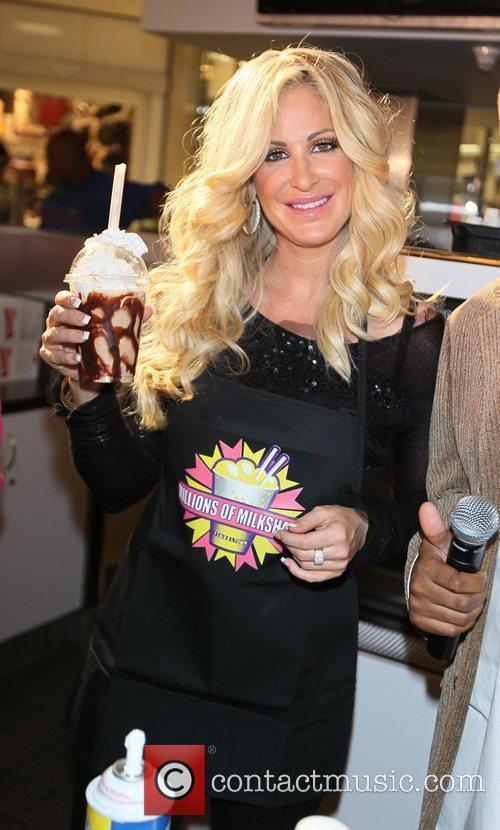 "I want to thank everyone for their love and support over the past few days," Zolciak told People magazine in a statement. "I am now home with my family, resting and taking care of my health. I can't express enough how much I love dancing and this whole experience, and I hope this will not be the end of dancing."

The 37 year old was discharged from hospital on Friday after having a final procedure. Describing the incident on Instagram, Zolciak told fans, ‘The last 24hrs have been whirlwind! I landed yesterday morning from LAX (took the red eye right after DWTS) I got home and within minutes suffered a TIA (mini stroke) the left side of my body went completely numb and my speech was gone.’

Zolciak had been competing on season 21 of the ABC dancing competition, paired with pro Tony Dovolani. Speaking to People after Zolciak’s hospitalisation Dovolani said. "After spending only a few weeks with Kim, it is evident of how much of a fighter she is.”

More: 'Dancing With The Stars' Announces Season 21 Line Up

"Her humor and positivity are still shining through, and it's amazing to see the love and support of her family. We are hoping for a speedy recovery.” On last week’s episode of ‘DWTS’ the couple had stayed safe from elimination after performing a foxtrot, gaining a score of 18 from the judges.